A new era of the railway has begun 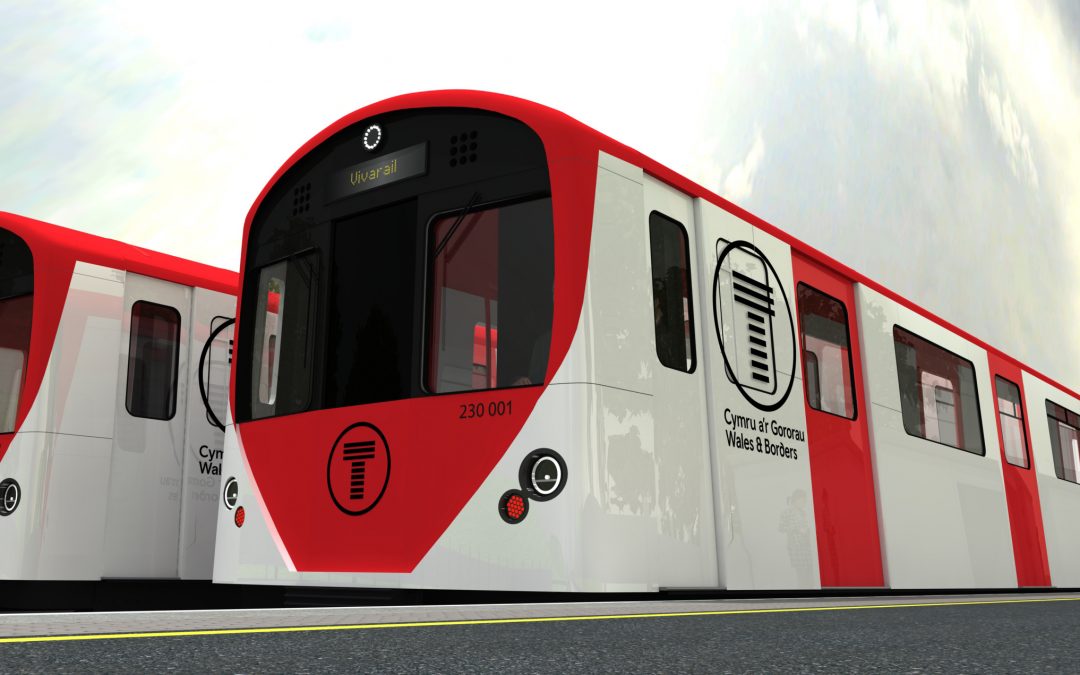 A new era of the railway has begun for the people of Wales & Borders.

Vivarail will be supplying the first trains of the new franchise for the Wrexham-Bidston line.  The fleet of Class 230 diesel/battery hybrids has been chosen to improve reliability and provide a comfortable ride for passengers.  These low-emission trains are powered by 2 battery cars at each end with a diesel genset on the middle car which will charge the batteries and act as a range extender.  Due to the modular powerpack design it would be possible to change the diesel genset for a hydrogen fuel cell to create an emission-free train for North Wales.  The trains will come into service in summer 2019.

Speaking at an official launch held at Pontypridd Station, First Minister Carwyn Jones said: “This is an important moment for rail in Wales – indeed for devolution itself.

“Led by Transport for Wales with our partners KeolisAmey this will be the very first ‘made in Wales’ rail service, designed and delivered by the Welsh Government

“The opportunity to re-design and re-purpose our railway network in Wales is a once in a generation opportunity and I am confident that by 2033 it can be the best passenger rail service in the UK.

“The chance to develop an integrated transport system that encourages economic growth and better supports our public services is supported across all political parties, and the opportunities to develop Metro systems here in South East Wales, in the North East and around Swansea Bay are drawing attention from across the globe.”

Speaking at an earlier event in North Wales, Transport Secretary Ken Skates outlined some of the many improvements passengers can expect to see in the next few weeks, months and years:

“With investment totalling almost £5bn of over the next decade and a half, our network will be transformed. We have committed £800m to deliver new trains across the network, which by 2023 will see 95% of rail journeys made on new trains. A further £194m will be put to improving the passenger experiences at our stations across the Wales and Borders network.

“There is £738m earmarked to modernise the central metro lines, support the next phase of Metro and run more trains every hour. Transport for Wales rail services will offer 600 new jobs and 450 apprenticeships over the 15 year lifespan of the contract.

“Passengers will enjoy the benefits of the introduction of smart ticketing across the network, and through the extension of free travel to under-11s with half-price fares for 16 to18 year olds, they will see economic improvements also.

“This is an exciting time for Wales, and we wish Transport for Wales every success in bringing about these transformational changes on our behalf.”

James Price, Chief Executive, Transport for Wales added: “Transport for Wales has innovative plans to revolutionise transport across Wales and we’re ambitious to create a rail service that puts customers first. Taking over the running of the Wales and Borders rail service is an important first step on an exciting journey of transformation that will also see the creation of the South Wales Metro.”

Kevin Thomas, Chief Executive, Transport for Wales Rail Services commented: “Our customers, the people of Wales and border areas, deserve a rail service that matches Welsh Government’s vision. We know people have high expectations of the transformation that will happen in the coming years.  We’re determined to win their trust and develop a rail service that exceeds their expectations. ”

Adrian Shooter, CEO, Vivarail, said: “As the UK’s smallest and newest train manufacturer we were proud and delighted when our trains were chosen for Wrexham-Bidston.  We have a lot of local support in area and it will be a pleasure for us to provide new trains here.  With our successful passenger launch of the UK’s first modern production battery train last week we are proving time and again that Vivarail is a forced to be reckoned with!”